Looters of the Labyrinth's Kickstarter is Live!

Check out the Looters of the Labyrinth Kickstarter page! The campaign runs through September 8th!

Looters of the Labyrinth

At last you've found it! The legendary and mysterious labyrinth, rumored to hold many treasures! Unfortunately, you're not alone; you've been followed by other treasure raiders, and you'll have to act quickly and shrewdly to secure the plunder for yourself.

Looters of the Labyrinth, formerly Plunderers of the Labyrinth, is a board game I've been developing over the last few years. It is a spatial strategy game for two to eight players in which the goal is to collect the majority of the treasures in a constantly shifting labyrinth. Players place wall pieces to either hinder their opponents or help themselves, but the walls can be demolished over the course of play. Play time is dependent upon the number of players, with a four player game taking 45 minutes to an hour. A two player game has a rather different feel than a four player game, and a game with four or more players is best played in two teams.

Here's what an eight player team game looks like. This is an earlier prototype than the current version, and the game hasn't been published or mass produced yet. 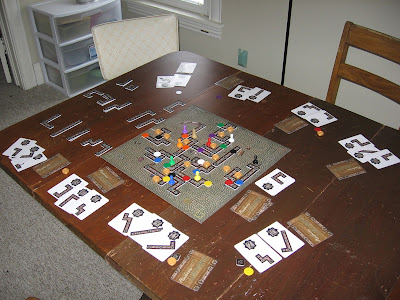 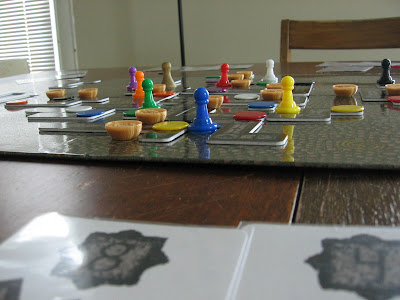 This was the preliminary box cover art for Plunderers of the Labyrinth: 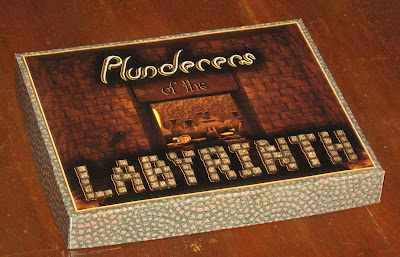